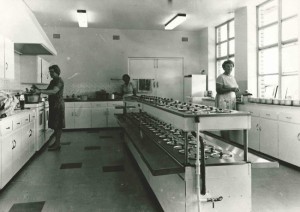 Fairfield Food Services is a not-for-profit organisation and is one of 178 Meals on Wheels Services in NSW. We provide support to the frail aged and people with disabilities and their carers to live independently in the community.  We began service to two clients in 1963 and have now grown to providing support to over 250 clients per week, both in their own homes and through communal dining. The current site was officially opened on the 11th September 1971 by Mayor Ald H Schofield. Prior to this Fairfield Meals on Wheels was based in the kitchen of Presbyterian Church Hall in Nelson Street, Fairfield. Nine members of the Women’s Guild had offered their services to cook the meals.

Meals on Wheels would not have survived without the continued support and tireless effort of it’s volunteers from it’s inception through to the present day. We would like to acknowledge all of the volunteers who have contributed to the success of Fairfield Food Services (formerly known as City of Fairfield Meals on Wheels)

We would also like to acknowledge the key supporters in Fairfield Food Service’s history who were instrumental in starting and supporting this service. Some of these included Fairfield City Council, Lansdowne District Inter-Church Council, Fairfield  Lions Club, Cabramatta Rotary Club, CWA, Civilian Widows, Rotary and Apex, Cabra-Vale Ex-Active Service Club, Fairfield RSL, Smithfield Boy Scouts, Smithfield RSL and of course our past and present funding bodies Ageing, Disability and Home Care and Department of Health & Ageing. 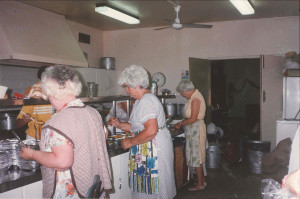